Stuff My Cousin Did

My cousin Robin was born on the 4th of July. When I was four and she was six, we celebrated her birthday by inviting a bunch of her friends over for a sleepover. That night as everyone was just getting warmed up in her playroom and pulling out Barbies and changing Cabbage Patch Kids’ diapers, Robin announced that it was time for me to go to sleep. I reluctantly climbed into my Star Wars sleeping bag (I’d borrowed it from my brother) while Robin sat at my feet praying out loud, “God let her go to sleep.”

When I was seven and Robin nine, we celebrated her birthday by inviting a bunch of her friends over for a swimming party, and one of her loser friends TRIED TO DROWN ME.

When I was nine and Robin eleven, we celebrated by inviting a bunch of her friends over and playing limbo with a broomstick, all chanting, “How LOW can you GO?” I have to admit I think that party was kind of a flop.

Two years later we invited girls and boys over and played spin the bottle on her back deck. But since the only guys there were our cousin Brad and some guy that lived in Robin’s neighborhood, it cut the kissing chances way down for both of us.

Robin eventually grew out of her wayward “Christina can’t have fun on my birthday” ways, and this year she sent me a very moving text.

“I want you to donate to Africa New Life whatever you normally spend on me [for my birthday]. Order something for a child. This would be a great gift.”

Ladies and gentlemen, I have a really cool cousin.

Now then, Robin Howell – this one’s for you!

Since you didn’t ask for dirty magazines and cigarettes for your birthday like every other year, I present to you your birthday present.

See this place? It’s the sewing center in Rwanda where ANL teaches young women to sew. 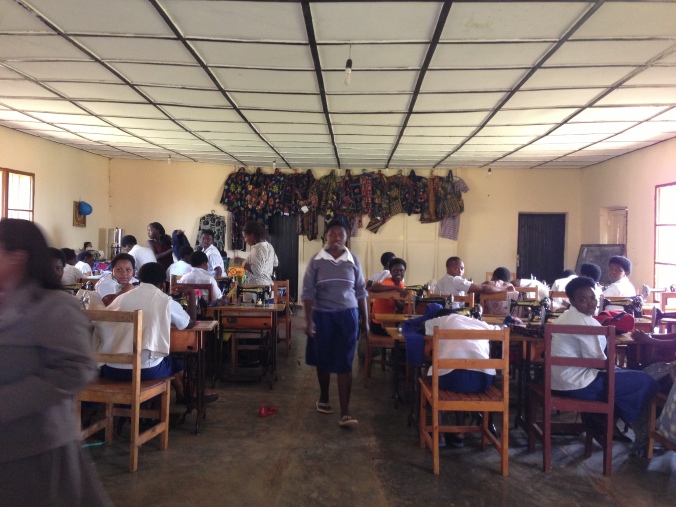 And this girl? Her parents were murdered in the genocide, leaving her orphaned and living in fields with wild dogs. I can’t believe I just typed that sentence. 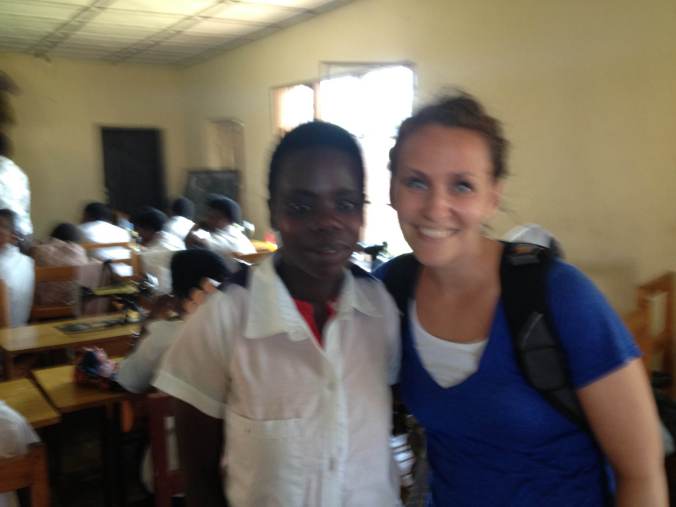 But now, she’s going to be able to make a living and support her family. She’s going to grow up and be like this lady, whom I met in the market selling fabric. 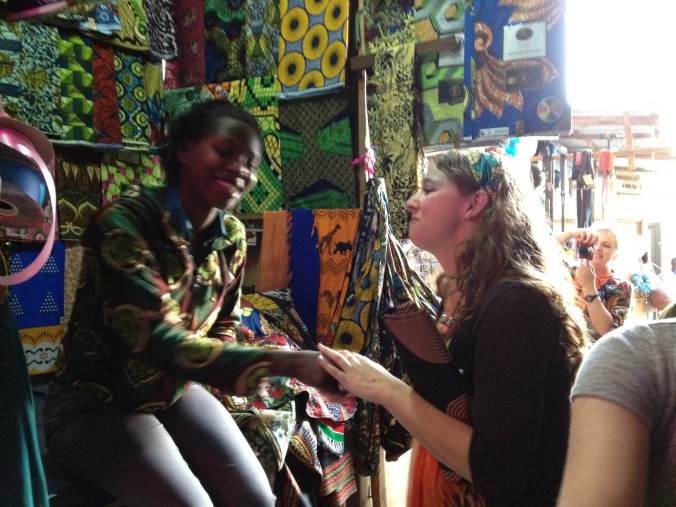 There’s also a beauty school, where the ladies learn to beautify their neighbors and share the gospel while styling hair.

And here’s the kicker. Some of the ladies who’d like to enter these programs can’t because they’ve got little ones at home. And that’s where YOUR birthday comes in!

For your birthday, my dear cousin, I took what I’d normally spend on you and sent it to the daycare Africa New Life is providing for these women. These kids also get a meal each day while their moms learn a trade. 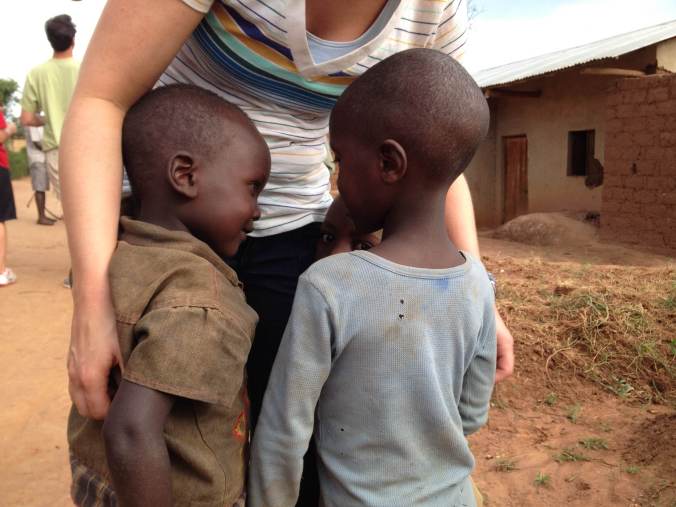 And like this boy, the son of the fabric seller… 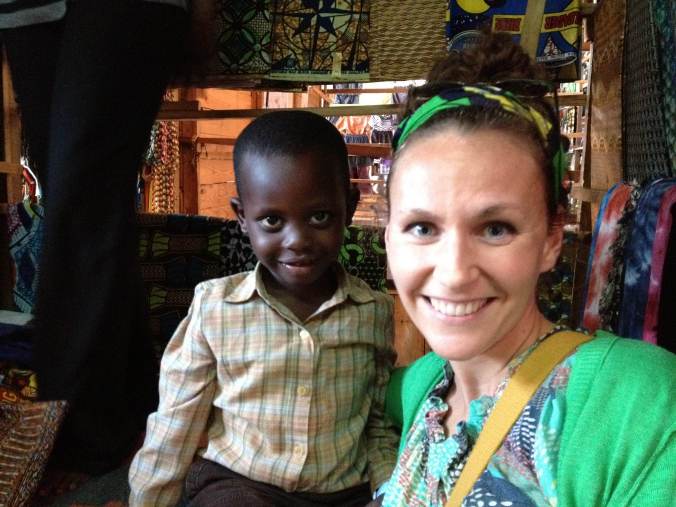 So Happy Birthday, Robin! It is one of the greatest blessings in my life to have you as my cousin and BFF and I’ll love you always (even when your loser friends try to drown me). 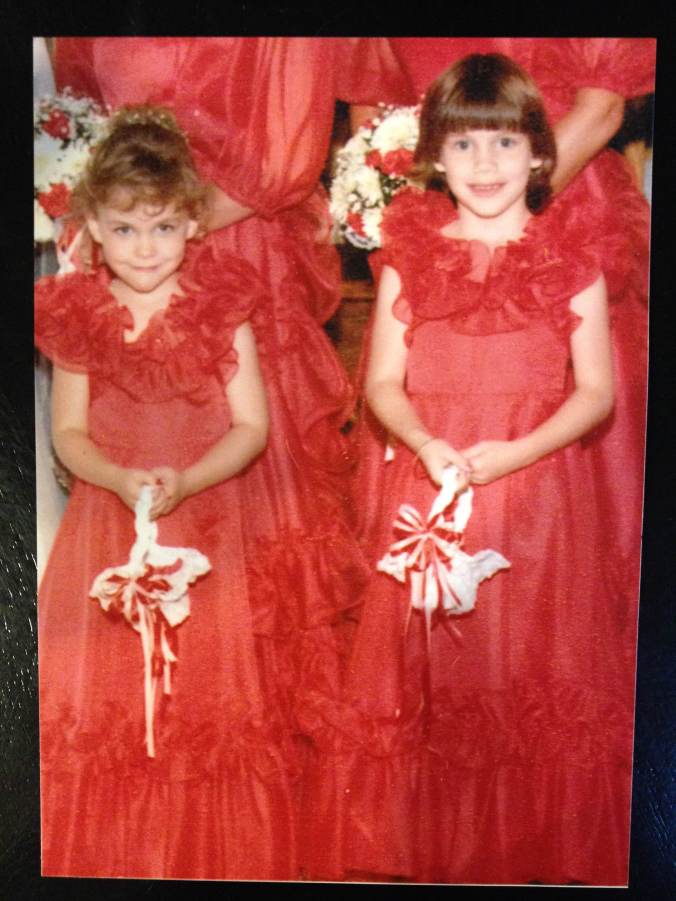