As I was headed out to a bachelorette party last week, Benson jokingly told me to enjoy the stripper. We laughed and I told him how I so don’t understand the idea of male strippers.

And that’s when Benson and I came up with an idea that’s going to make us millions.

(Because he knows what women want, and it’s not to have penises flung in their faces.)

Bachelorette Party Guy shows up a little early, just because he’s excited to see you.

Bachelorette Party Guy rings the doorbell, and when you answer he doesn’t give you flowers; he gives you a live cat (or dog – that will be one of the options you get to select on the website) he just picked up from the shelter. The cat or dog came from an abusive home and was 17 minutes away from being euthanized before Bachelorette Party Guy saved the poor thing. 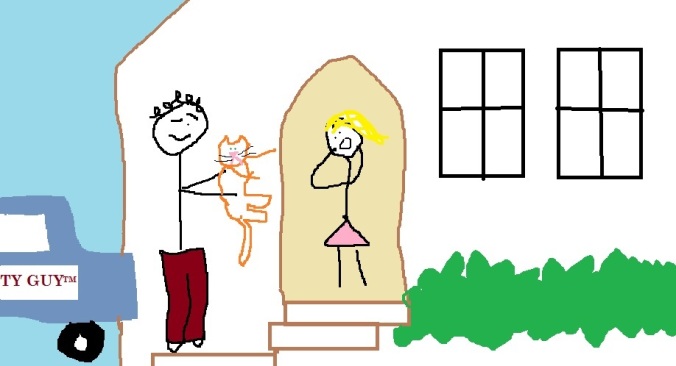 Bachelorette Party Guy walks into the foyer and cups you and your bridesmaids’ faces one by one and tells each of you a unique feature about you he finds attractive. If you have one bridesmaid who’s obviously had a rough year, he’ll compliment her shoes. 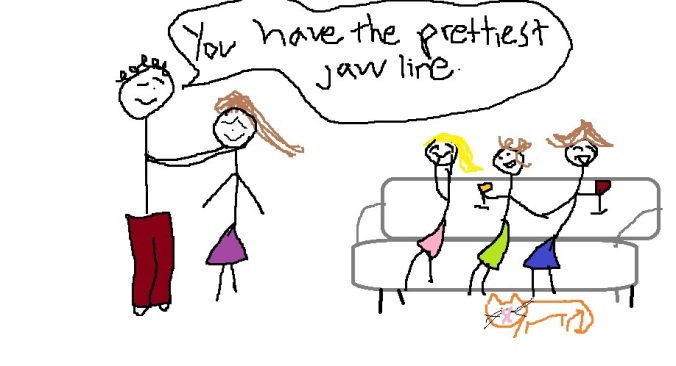 Bachelorette Party Guy then sits with each woman for a full twenty-five minutes on the couch where he will ask things like “What’s the hardest thing going on in your life right now?” When you start crying, he wipes the tear away with his index finger and wraps you in a bear hug. He says that you’re right, that sounds so hard, and he doesn’t know how you do it. He then asks if you’d allow him the honor to pray for you.

Since you’re on the sofa, you might be thinking it’s time to take off your clothes with Bachelorette Party Guy. Instead, he wants to keep the clothes on. In fact, honey, why don’t you go change into those yoga pants you bought at Lulu last week? Bachelorette Party Guy knows how much Lulu pants cost, and knows that you need to be told that they were worth it because of what they do for your butt. He tells you. You blush. Then he turns on a documentary about poverty and you snuggle while you watch it together. Afterward, he wants to know what you could do together to help those in poverty. He’s so passionate he almost leaves the party. But then you remind him that you’ve paid the six hundred dollars to have him the whole evening and that per his contract, he must stay until 10:30 PM. He’s good with this, because he’d rather be with you than doing anything else.

When your maid-of-honor turns her Pandora dance station up loudly to “really get the party started,” Bachelorette Party Guy jovially shakes his head and stands up to dance with the group. He’s not a fabulous dancer, but he’s confident and is having so much fun. “I feel so ALIVE!” he shouts. That part ends up being a little weird and you’ll make a mental note to select “Keeps some thoughts to himself” when you order him for your sister’s wedding in the fall.

It’s vegan (unless you chose the filet option from the dropdown menu).

He frosts a cake from the kitchen and shouts, “Don’t you even think about doing the dishes! Just drink your wine and enjoy! I’ve got this!”

You bite into the cake and realize you made a very good choice in selecting “Hazelnut Farm Cake” on the website.

After dinner, Bachelorette Party Guy rubs all the bridesmaids’ feet, except for the one girl who had a rough year – she took four Ambien and is now passed out on the recliner wearing her new Ninja Bridesmaid sleep mask. Bachelorette Party Guy gives you a concerned look and asks quietly if she’s really okay. He listens to the entire story of your friendship and what’s happened over the past year. “What?!” he exclaims when you tell him how awful your friend’s ex-boyfriend was to her. He vows to hate the ex-boyfriend for the rest of his life. 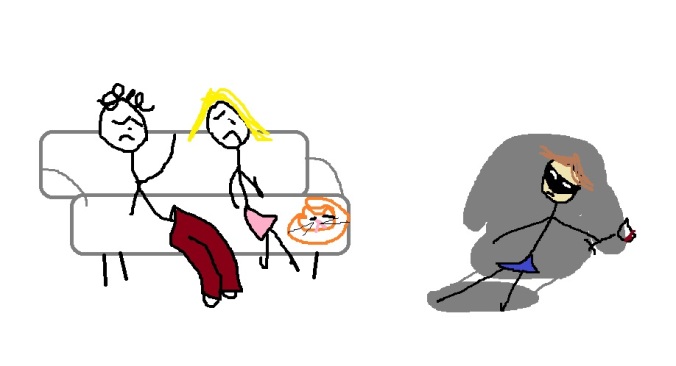 It’s time for Bachelorette Party Guy to leave. He has an early morning the next day because he’s in an intentional relationship with a guy from a halfway house, just trying to help emotionally support him through the hard times. Bachelorette Party Guy rubs his hand down the side of your cheek and says, “Hold still – an eyelash. And by the way, I forgot to tell you how good your makeup looked tonight. You’re right – you can totally tell the expensive makeup from drugstore brands. You were smart to spend $78 on that highlighter.”

And then he drives away, back to the agency.

You get married three days later.

And you wear the $78 highlighter and look gorgeous (and push away the worried thoughts about how you’re going to explain the new cat to your husband who’s allergic).

And that’s how Benson and I are going to become millionaires.

(Fun Fact: EVERY time I typed “Bachelorette” in this post, Word underlined it in red and I had to correct the spelling. Every time.)