Sometimes while Benson and I are galloping through fields of peonies and breaking only to French kiss, people have commented that we have a good marriage.

And it’s not by chance.

For one, Benson is extremely kind and doesn’t get upset near as often as I do (which cuts down fights by a solid 50%). Also, a lot of marriage books, secular or not, will tell you that having some shared dreams/goals will get you pretty far in a marriage. Thankfully, we’ve got that as we’re both horrible sinners, saved by and committed to serving Jesus.

Once, I was on the phone with a girlfriend and I mentioned one of our deals – that Benson and I won’t share a meal alone with someone of the opposite sex. My girlfriend said something like, “I would have thought y’all’s relationship is so strong that you wouldn’t even need that rule.” To which I replied – “HA!”

Because here’s some truth:

We’re all capable of doing really crappy things to our marriage.

If your spouse had a breakdown and started smoking crack and stopped bathing and there was a really nice, easy-to-talk-to person at your office who just really “got you,” you just might do it; you might throw it all away. And I might, too. And that’s why we need deals in place.

No meals shared alone with someone of the opposite sex. I once had a job interview like this, to which Benson and I agreed it was obviously a time to bend this deal, but after I got the job, I straight-up told my new boss that in the future I wouldn’t be having meals alone with him. I just said it humbly and told him it was some advice we’d gotten from a pastor, and he was SO COOL about it and it avoided six years worth of possibly sticky situations. Plus, Benson has a very intimate relationship with food (see below)  and I don’t think it’d be healthy for him to share it with another woman.

No riding alone in a car with someone of the opposite sex. Here’s the part where I sound like a psycho-lady. Cars can be intimate places, and not just for making whoopie in the back seats. It’s an easy spot to talk, to really talk and have some privacy. Because of that, we even hold to this deal when it comes to our closest friends, and honestly, we’ve had friends get offended by it. But here’s another truth: Most people don’t have affairs with sexy strangers in bars. Most people have affairs with someone they already know and like and trust. I have witnessed some nasty affairs in my life. None of them were with strangers that nobody had heard about. 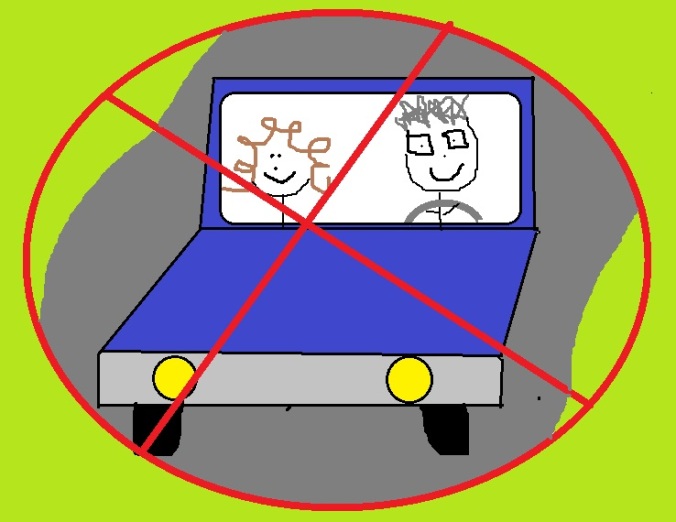 No private emailing or Facebook messaging with the opposite sex unless we’re showing the messages to each other. When we first got married, Benson received a sappy email from an old girlfriend. He read it to me, and we decided together how to respond. (Unfortunately, he didn’t go along with my “Let’s splash her with acid!” idea.) A few years later when we joined Facebook, we’d talk about whether or not we’d friend exes. So it was like this – “Hey Benson, I dated this guy like four times and I kind of want to see if he’s still on meth. Do you mind if I accept this friend request?”

No exercising alone with someone of the opposite sex. Sweating and pushing yourself with someone can be a really intimate deal, too, especially if it’s a sport where you have lots of time to talk, like running. (Fortunately in my CrossFit gym they torture us so intensely that there is no room for words, only moans. Plus, we work out in groups, so it’s like group moans.) I once got a free personal trainer session at a gym and was totally excited about having some dude scream in my face to get lower on my squat. I shared my enthusiasm with my beloved husband and he was like, “Um, it’s a guy?” And then I realized, oh yeah, that might not be the best idea. I emailed the gym and the trainer was so nice, saying they had lots of women who prefer to only work out with female trainers.

Drink limits when hanging out in mixed company without the other person. We stole this one from some friends; however, we’ve really never had to use it since neither of us work at places where happy hours are a big thing (well, and I work from our kitchen so that’d be a whole different issue if I was drinking alone during the day). Our friends’ deal goes like this – “2 drink max if out in mixed company apart from one another.” I think it’s super smart.

Sometimes it makes sense to break a deal, but only if we BOTH agree on it ahead of time. Because when some rich publisher from NYC calls me about a book deal, you better believe I am all over that lunch, car ride, work out session, whatever. And one time Benson had an elderly female co-worker ask for a ride to a work event. And while Benson is capable of sinning against this marriage just like I am, I’ve simply got to believe he’s not capable of sinning against it with Mildred, or else we’re in big doo doo.

Our specific deals aren’t for everyone. Because what if you’re a police officer and need to carry a woman to the pen? “Okay lady, can I trust you that you’re going to walk yourself to jail? Because my wife and I have this deal. Just take a left on Main, got it?” We once mentored an engaged couple and the guy was in sales. They couldn’t see a way around him taking female customers to lunch, so they agreed that he’d always tell his wife beforehand who he was going to lunch with. Genius.

Things could still fall apart. We’re going to fight like mad to prevent it, but we’re still not immune. On top of all these deals is a lot of prayer for God to protect our marriage.

We’ve got deals concerning the rest of life, too. I’ll share those next week. You’re dying, right?

Until then, let me know if you have deals or if you think mine are psycho. And please share this with anyone who might be toeing the line of an affair. I’m kidding. That would be so weird. Just tell them to stop. Or share this on Facebook and tag them. Oh yeah, and if that publisher is reading, I’ve already cleared this with Benson- Call me! Or Facebook me! Or take me to lunch! I’ll drive!