Since my last post, Benson and I have acquired a roommate.

Come and knock on our doooor!

Our roommate is a man.

So, while I won’t Facebook message or drink a shot of tequila with another man, apparently I’m totally cool with living with one. (But if that dude walks in the kitchen while I’m eating my oatmeal you better believe I’ll let him HAVE IT.) (Just kidding, Paul! Hope you enjoy your stay!)

Now then, onto round two of deals Benson and I keep that apparently have quite loose borders…

The Ledbetters’ Deals Part II: The Other Marriage Stuff

We can veto each other’s outfits. I thought I’d start with the deal that will most likely make you think I’m a lunatic. I try not to dress too much like a floozy, but when I do, Benson can kindly ask me to change and I will. I also have the same right to request he put a shirt on when our blinds are open. (This is less about me thinking my neighbors are lusting after my man and more about common decency.) Plus, Benson has a tiger shirt that his friend Aaron gave him and I HATE it. Benson thinks it’s hilarious because it shows his bellybutton and he always wants to wear it to the gym. 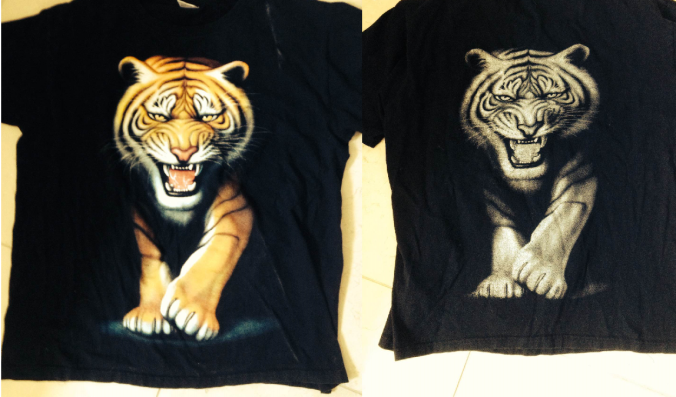 I thank God for this deal.

A few years ago I was on a plane with a girlfriend. We were embarking on about 24 hours of travel to Africa. I was wearing a v-neck t-shirt and I told my girlfriend how Benson had asked me to wear an undershirt with it (which I did). (I was actually making fun of the fact that he’d used the term “blousy” when he’d asked me to change. “It’s too blousy! Someone could see down your shirt,” he’d said.) My girlfriend replied, “As a woman whose husband left her for another woman, I really appreciate that y’all do that.”

We have a certain amount of money each month that each of us can spend on whatever we want. The catalyst to this deal occurred six months after our wedding in which I broke down crying in our closet because I wanted to go shopping. (Was a wee dramatic thing, I was.) The result though, was awesome. After the fight, we set aside fifty bucks a month for each of us to spend on whatever we wanted. While our budget has changed since then and now we each get a bit more, the idea has stayed the same. 100% of mine goes to beautiful clothes each month. 100% of Benson’s goes to stupid crap like this:

For the record, that’s a food scale, honey, and an assortment of potions he orders from magazines.

But guess what? No fights over all the stupid stuff Benson buys. (He actually bought a thermometer with his once.) Three cheers for all! I can’t tell you how many arguments this deal has saved. For the most part, it eliminates reasons to argue over somebody spending too much money on their hobbies. We also have a deal within a deal, which is super tricksy of us, that we can borrow ahead one month of personal money. So if I had fifty bucks one month, I could borrow another fifty from next month. We can also save up our months and go blow it on something bigger.

No trash talkin’ each other. Raise your hand if you love to hear men bash their wives at work! Our deal kind of goes beyond this though. If we’re going through some crap, which happens, I’m not going to tell every female I know who owns a cell phone.

However, I still try to be authentic. Several years ago I was washing my hands at the sink in my church bathroom. A friend came in and asked how I was doing. At the time, we’d taken a few big hits to our marriage at once, and while I didn’t go into all the details, I didn’t want to be fake either. Besides, I was kind of crying (which happens with alarming regularity) so it would have been weird to say I was fine. “Marriage is really hard right now,” I said. She nodded and said she was sorry. So I was able to be real, and I was also able to honor my marriage. Win! (I wouldn’t have been that honest with a stranger. Just so y’all don’t think I’m any more hysterical than I already am.)

One night per weekend just for us. Whenever we start fudging on this deal, our relationship suffers almost immediately. It means we miss out on fun parties and never go listen to cool bands play, but we just need a decent amount of time for just the two of us in order to function well. Plus, we’re really open about it, so I never feel like I have to come up with an excuse. It’s just a simple, “We actually already have plans Friday night, so I can’t commit to anything for Saturday night. I know we’re weird – we just need some time for the two of us.”

I only work part time. I don’t know if this would be called a deal, but it’s too much a part of our marriage for me to leave it out. By the way, I don’t think this setup is for everybody, because seriously, some women would hate it. But to give you an idea, here’s what me working part time has meant for us:

2. More fun: Our weekends are free to do fun stuff or boring stuff or whatever kind of stuff we want since I’m able to take care of household stuff throughout the week.

3. Better food: I can either work full time, or I can make vegan pesto. I can’t do both.

Okay people, if you’ve got any deals of your own, I’d love to hear them. And then share this on Facebook with any of your friends who are dressing like prostitutes and working too much. (Better yet, just share with everyone.) Finally, please let me know if you think I’m one step shy of letting my hair grow to my knees and only wearing denim skirts.