I’m always afraid of liking stuff on Facebook, because as soon as someone likes something on Facebook, it’s there forever, even if the original thing you liked starts acting crazy.

Like, what if I like some news organization and then they post some article like, “Black Lives DON’T Matter.” Then Facebook posts the article and throws in “Christina Edwards Ledbetter Likes This.” And I’ll be all, “NO! They DO matter! I just liked this news organization because they ran an article about this 14-year-old pit-bull who got adopted by this family in Minnesota last month! And now the pit-bull has his own website where you can watch him sleep in the Minnesota family’s living room!” But Facebook won’t tell my friends that. And then all of Facebook thinks I’m racist. 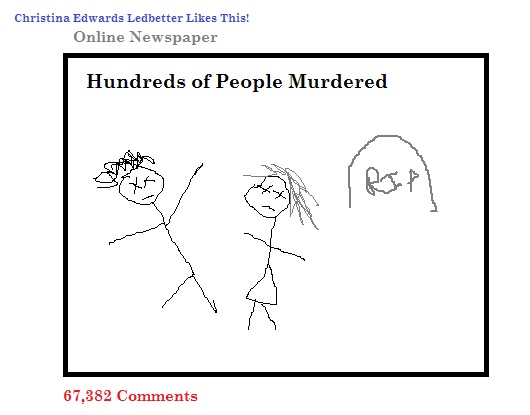 I’m even super careful when I read controversial articles. I’m so scared I’m accidently going to share it to my feed when I really just meant to close an ad encouraging me to donate my womb to charity.

When we put away all our Christmas stuff, we forgot to lug these lights into the attic. They now permanently reside in our hall below the attic door. We don’t even notice them anymore. It’s just part of the hallway now, like the thermostat. They’ve been getting along so we’re going to leave them. Besides, I decorate for Christmas in October so we don’t have long until it’s time to hang them again. 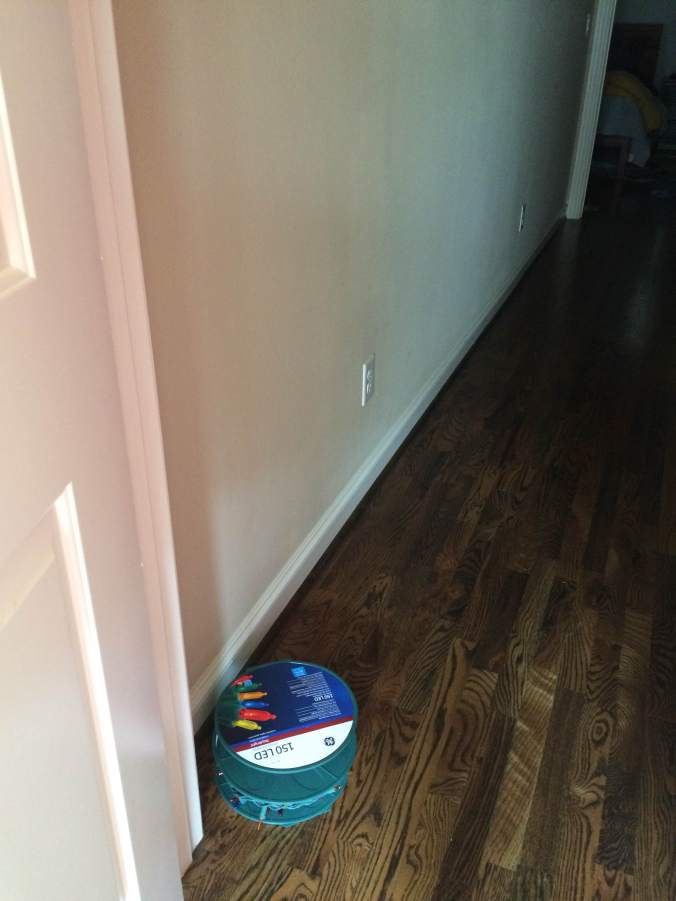 I hired my fancy lady interior designer again to help me redo my office. We A man named Manuel built me a standup desk so that I can feel superior to the sitters. I actually bought a tall chair though so I can stand when I’m feeling triumphant and sit when I’m feeling like contributing nothing to the world. And then half the time I’m laying on the couch reading, so now that I think about it I don’t feel very superior. Plus, I have TWO Facebook friends who actually exercise at their desks – one girl has a treadmill desk and this other guy has a BIKE desk, so compared to them I basically eat cigarettes for dinner.

I lost the pictures, but it was a beigey brown room with a glass desk and that’s it. 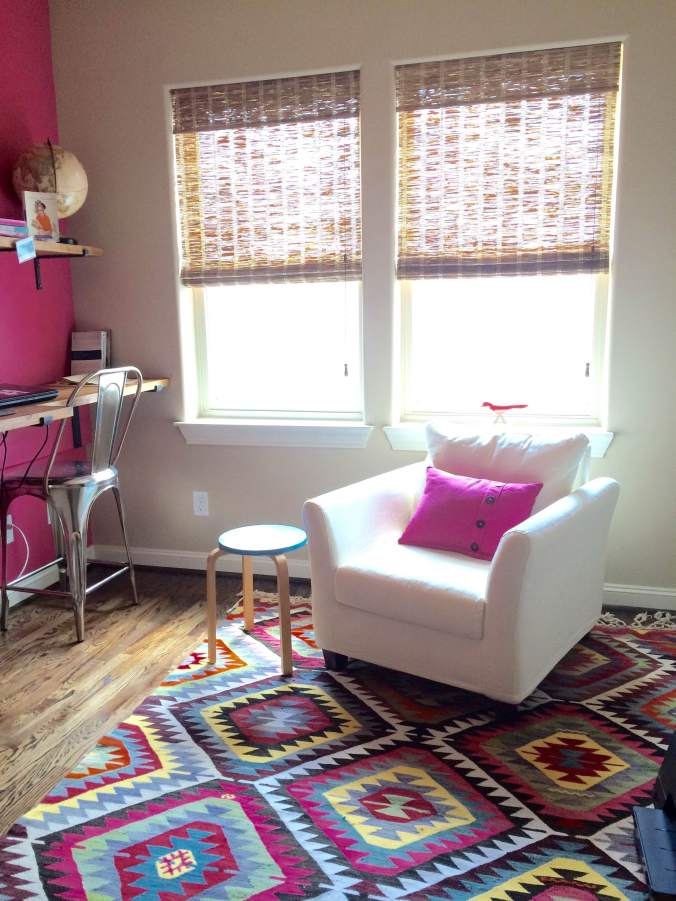 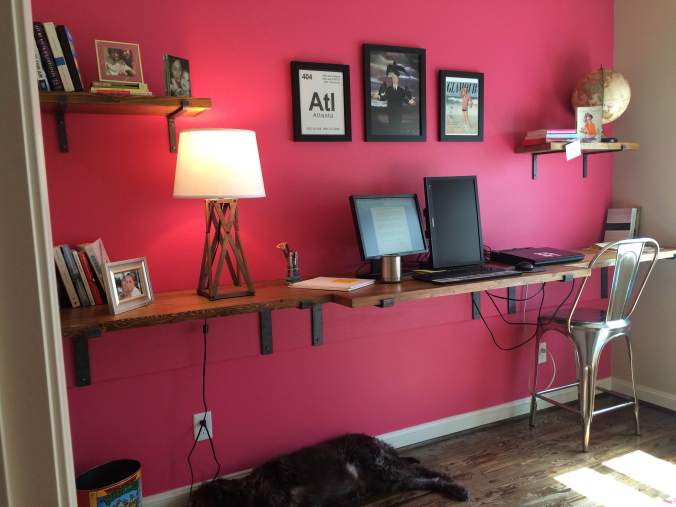 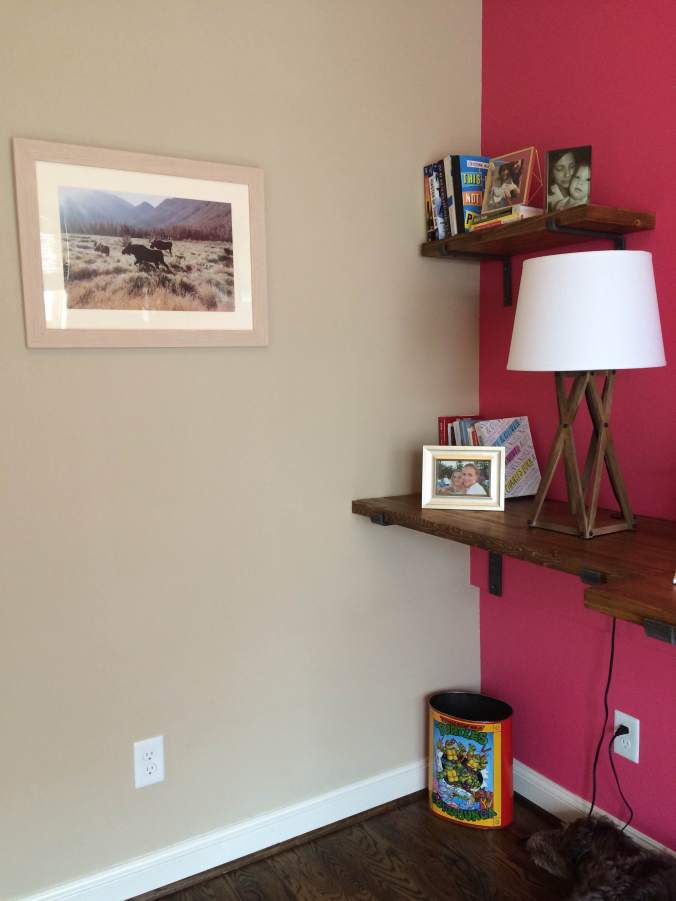 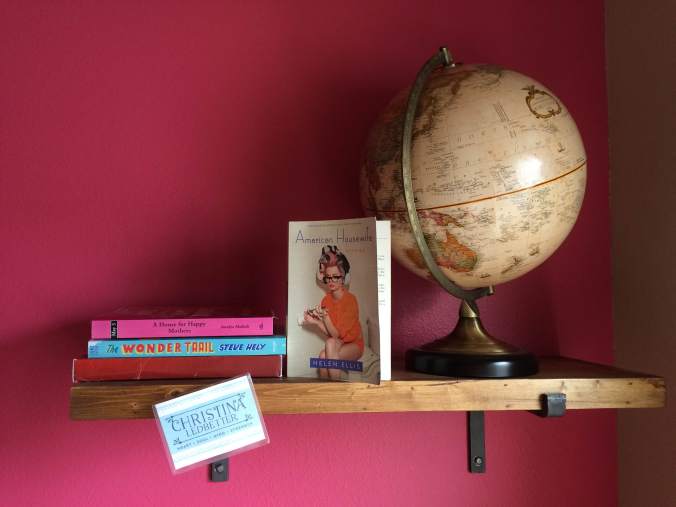 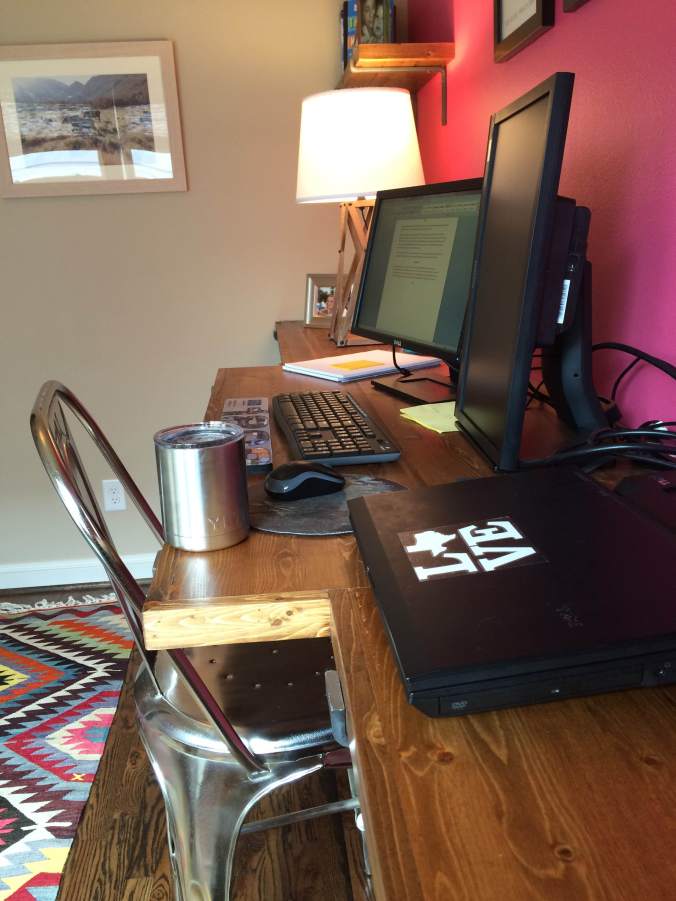 I left all the cords because I hate when people take pictures of offices with no cords. I’m like, “You liars!”

Ain’t she a beaut!

Speaking of work, some folks have asked if I’m still dog-walking. 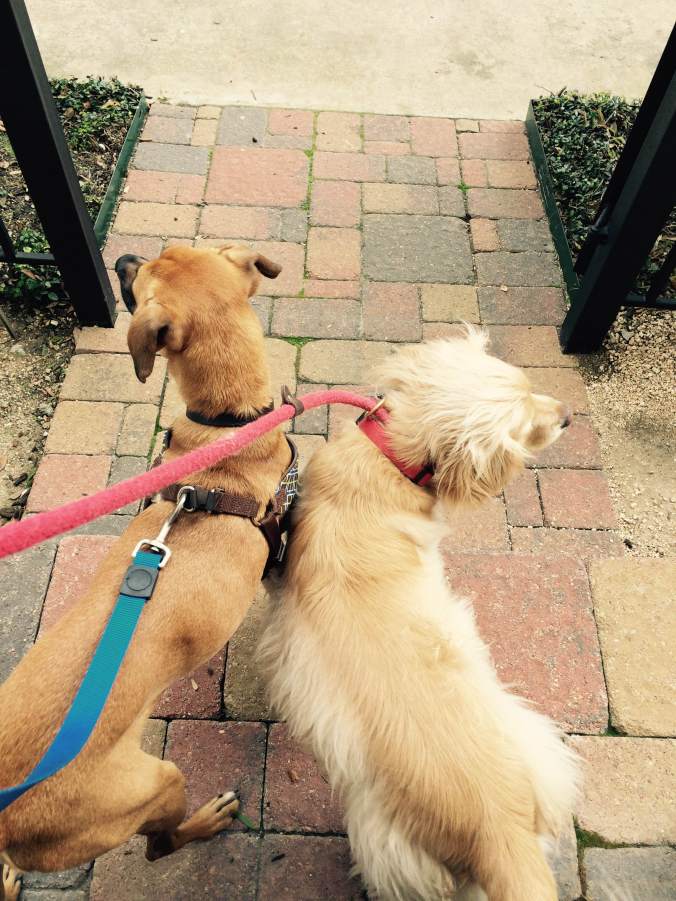 PS. I never get to sit in that cushy chair in my office. 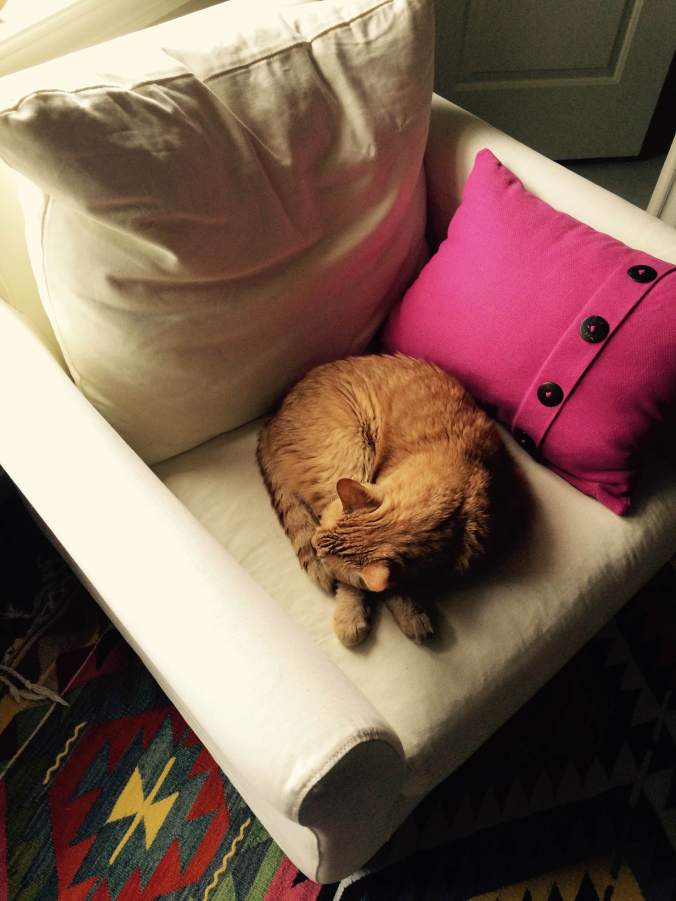 Categories: Lifestyle, This and That