The Cat and the Pig

I thought it was going to happen last week. He was acting super cuddly.

This is it, I thought. He’s saying goodbye.

I scooped him into my lap and he pushed his face against my palm. I whispered to him that it was okay, he could go, like I’ve seen people do on television with loved ones in hospital rooms. I told him that we’d had a great life together, that he was the best pet I’ll ever have, and that I understood he needed to die. I pressed my forehead into his and scratched his shoulders. It was beautiful.

Then the next morning he woke up crying for his food like always and I felt kind of stupid for the previous night’s theatrics. I’d even taken pictures. 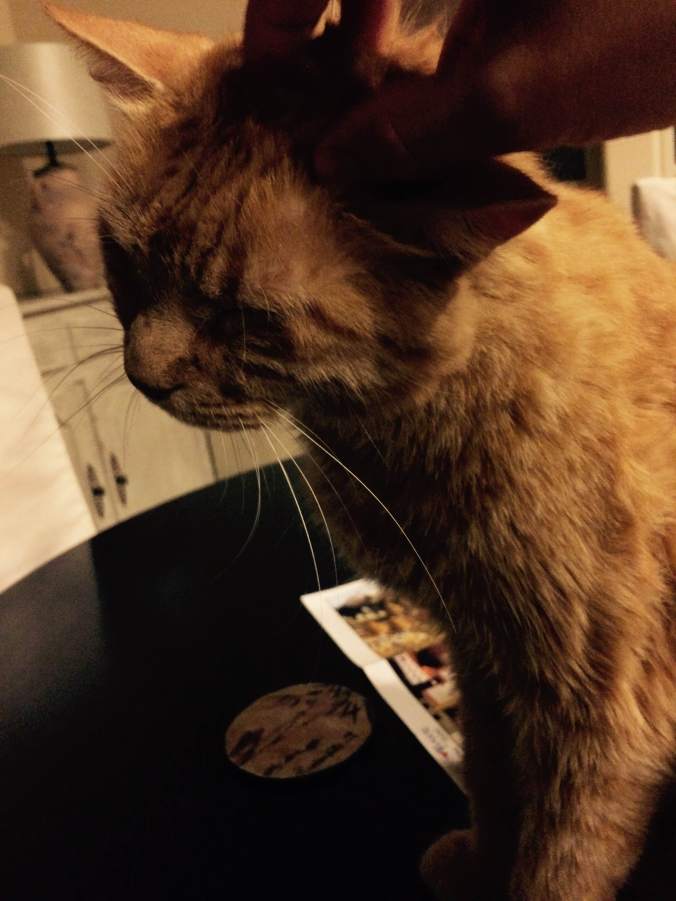 The last, I mean, almost last picture of Harold.

He’s not allowed to go outside anymore since he can give the ol’ AIDS to other cats (via bites, and yes, Harold fights other cats because he’s not a tabby to be messed with). Thankfully, he can still hang out on the balcony (demands it, actually, every single morning).

We bought some land in Wimberley, Texas where we’re building a wee cottage to enjoy on weekends. The land sits on a creek and our portion has a swimming hole. I feel straight like Reese Witherspoon in The Man in the Moon when I’m in it. Except she swam naked with her sister’s boyfriend and I swim in a bathing suit with my dogs and husband. Anyway, I’m basically just as fancy as she is. 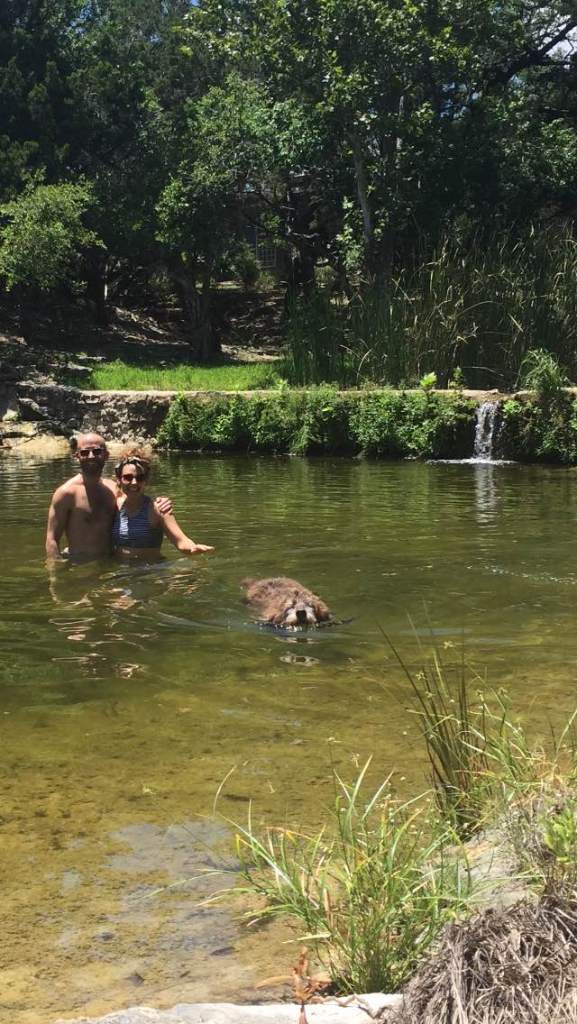 Last time we drove out there we encountered a traffic jam on the way home.

“This isn’t a normal place for a traffic jam.” We were on a country road. Once I thought about it, it certainly did seem odd. “Can you see anything up ahead?” he asked.

And then, because Benson is a grown man and takes matters into his own hands, he drove into the opposite lane of traffic in order to cut down a side street. The maneuver allowed me to see what was causing the traffic jam.

It was somebody’s gargantuan PIG in the road. A big black pig!

Dude had a leash on and everything! The poor owner stood in the ditch trying to coax the pig off the asphalt, but the pig was like, “Nah, I’m good here” and refused to budge.

The whole thing just made me so happy, and for some reason proud to be an American.